This work was done at Robotics Lab, IIT Guwahati.

The aim of this work is to enable the robots to perform sequential tasks by cooperating with each other via stigmergic communication. Mobile Agents are used for implementing stigmergy and to make the system decentralized. To test the feasibilty of the system, a task is subdivided into a set of 5 sequential tasks. 5 mobile agents are released in the mobile agent system where the execute themselves on 3 robots. LEGO NXT Mindstorms bricks, Typhon and LEGO NXT Interface for Prolog were used in the experiments. 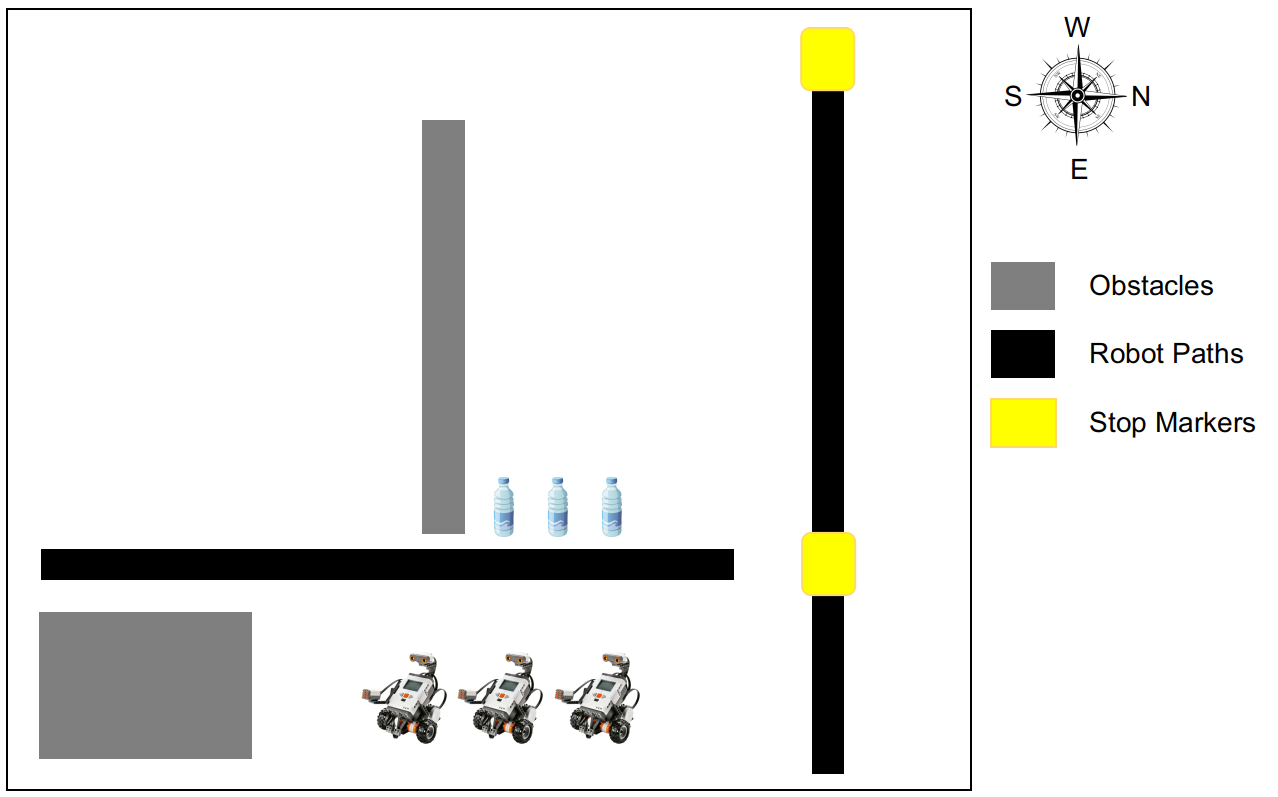 The directions do not follow usual compass conventions so as to match with the recorded video. The video is available at the bottom of this page.

We used ten nodes, five of which formed the ‘backbone network’. This backbone network was a ring. Each of the other five nodes was connected to one of the backbone nodes. And the whole communication of these ‘local nodes’ was with this ‘global node’. 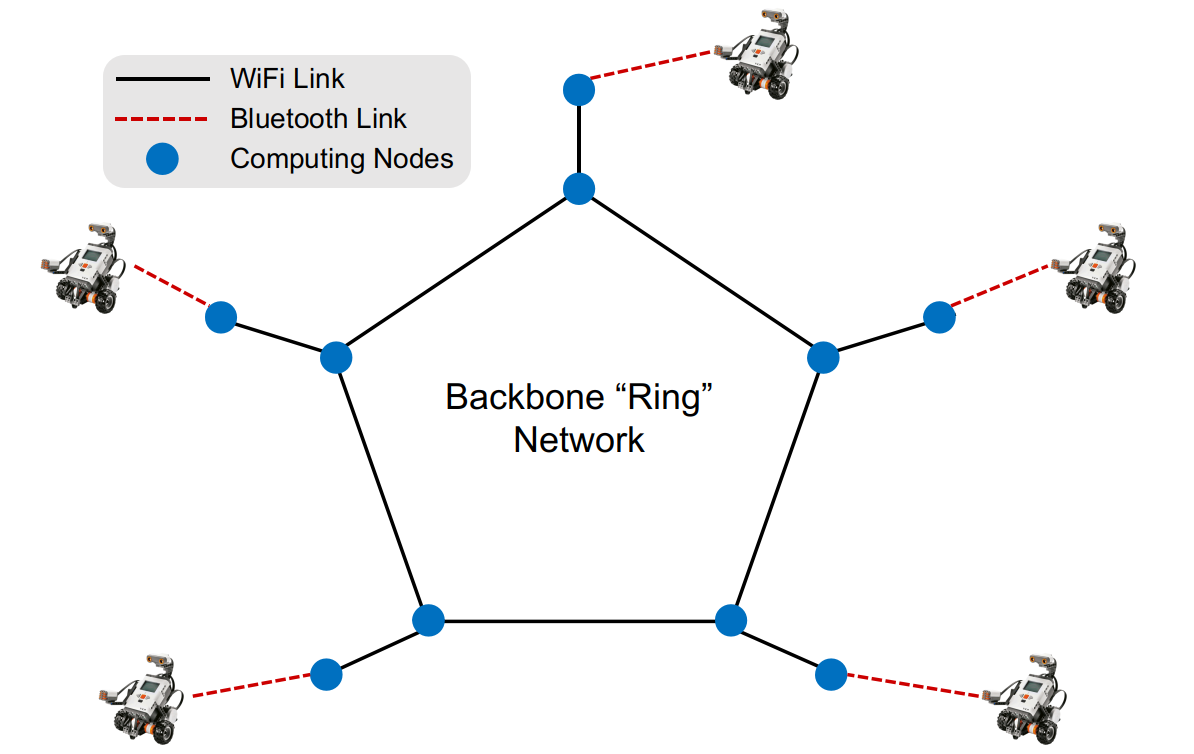 We defined a ‘state’ predicate at each node that maintained the state the associated robot was in. So, if a robot is in state S0, the first agent executes the code and changes the state to S1. We also used intermediate states on the global nodes, so that, if a robot is executing some code, and another agent visits the corresponding global node, it may be directly sent to the next node, knowing that the local node is busy.

This work was done under the guidance of Dr. Shivashankar B. Nair and Dr. Shashi Shekhar Jha at Robotics Lab, IIT Guwahati.